The Office of the State Superintendent recently released their State of Discipline Report for the 2019-2020 school year. Please note that due to the COVID-19 public health emergency, which led to remote instruction across the District, this report includes data through March 13, 2020.  Through this report, the Office of the State Superintendent of Education (OSSE) fulfills local reporting requirements and provides the public with transparent data on school discipline. The data included in this report satisfies local reporting requirements, specifically the Pre-K Student Discipline Amendment Act of 2015 and the Student Fair Access to School Act Amendment of 2018 (more information on the Fair Access Act / SFASA HERE). As noted above, this report includes data through March 13, 2020 and explores the comparative rates of exclusion for different student groups, so it is not impacted by the smaller number of overall incidents due to a shorter data collection period.

This blog post goes into more detail about the report, shares some of the key findings, and highlights of the report. This post references the pages numbers of the discipline report that are discussed in parenthesis (pg. #) throughout the post so readers can find that information easily.

Disciplinary Action Breakdowns: who, what, why, and how many? 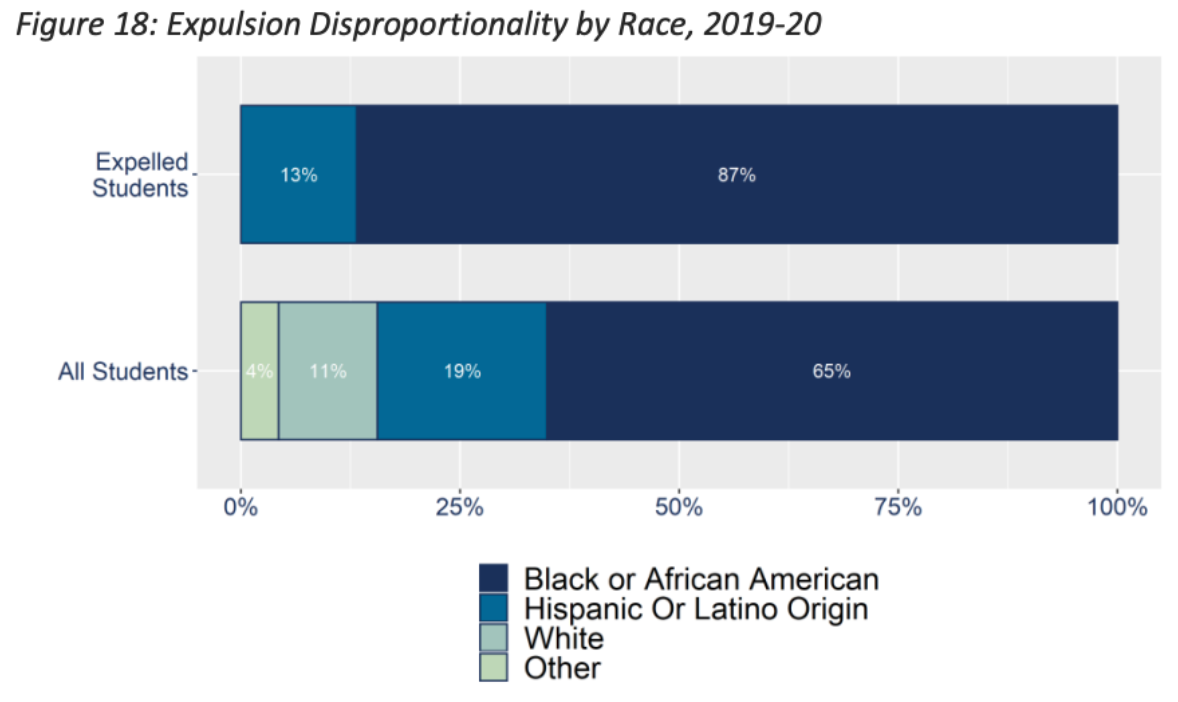 Why: More than 60% of out-of-school suspensions resulted from fighting or disruptive/reckless behavior (pg. 9), but each local education agency (LEA) sets its own definition for disruptive/reckless behavior. The sentiment expressed by AJE in our review of the 2018-19 State of Discipline Report still rings true, “This lack of consistency makes it unnecessarily difficult to accurately identify and then resolve the largest disciplinary challenges that DCPS faces.” OSSE found 48% of all disciplinary actions were a result of a violent incident, more details pictured below in Figure 5 (pg 11). OSSE refers to incidents of violence as including the following behavioral offenses: sexual assault, robbery with and without a weapon, fight with and without a weapon, threats of physical attack with and without a weapon, possession of a firearm or explosive device, and use of a firearm or homicide. In the 2019-20 school year, more than half of in-school suspensions were a result of disruptive/reckless behavior or fighting. There were 322 instances of disruptive/reckless behavior and 310 instances of fighting, which led to an in-school suspension (pg. 21). During the 2019-20 school year, 75% of expulsions were due to an incidence of violence (pg. 25). 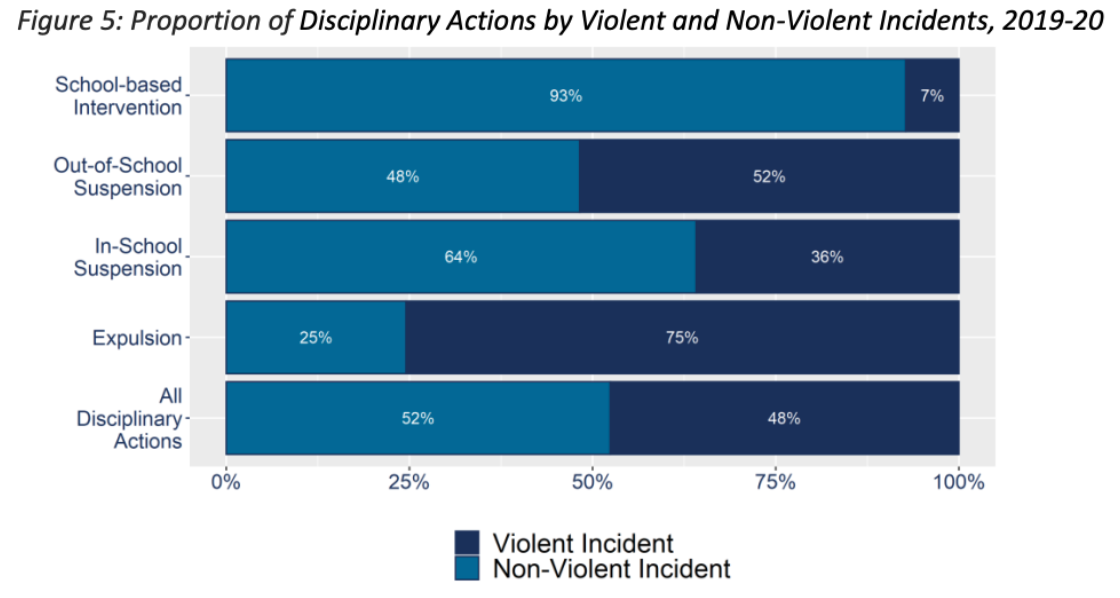 Focusing on Students with Disabilities: 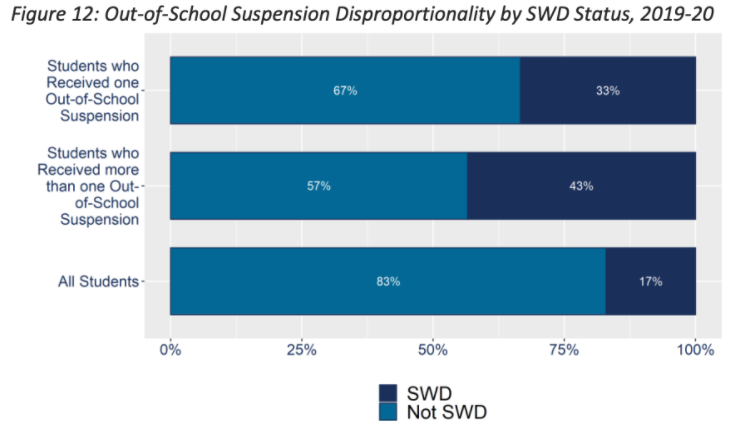 As demonstrated by the data in this report, school discipline remains inequitably distributed across District students. Black or African American students, at-risk students, and students with disabilities continue to be overrepresented in disciplinary actions and have been overrepresented for many years. The solution to actions that require discipline is not denying those students access to education through exclusionary measures. Furthermore, the report states “OSSE is exploring challenges and best practices in supporting positive behavior amongst students with disabilities” (pg. 28), but there is no elaboration on the result of their efforts and only three pages of the report were designated for discussion on students with disabilities. AJE hopes a greater emphasis will be put on addressing these disparities in a productive and healthy manner in the future.